Prince of all media 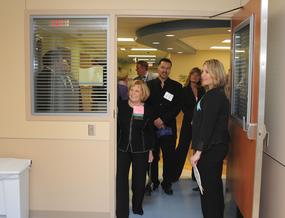 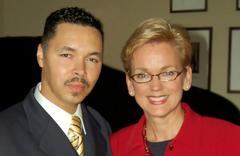 Eric Wheelwright is an American director, film and television producer, screenwriter, actor, recording artists, music producer, songwriter, singer and musician. Because of his many abilities, Wheelwright is considered one of the most versatile and gifted individuals in the entertainment industry. His talents have branded him the title “Prince of all media.” He is also the founder and CEO of United Pictures, co-founder of Legacy Productions and founder and CEO of Wrightway Enterprises Online, Inc.

In a career spanning more than two decades, Wheelwright has several film, TV shows and music videos under his belt. He has also stared in a number of theatrical plays and he’s produced more than 200 songs and 5 albums.

Not only has Eric Wheelwright been a donor of his time to several worthy causes and events, he has also been a financial contributor. Over the past few years, Wheelwright has donated five collage scholarships to graduating high school seniors in an effort to help them further their education. He has also been a financial contributor to the building of a state of the art Neonatal Intensive Care Unit for St. John Providence Hospital.

(In photo left to right) 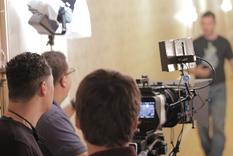 In addition to Eric Wheelwright’s contribution to entertainment, he has also made significant contributions to communities world wide. In 2008, Wheelwright was sought out by the office of the governor of Michigan and asked to be an Ambassador for the State of Michigan. He was also appointed an advisor to the governor and tasked with helping to grow the Michigan Film Industry. Prior to the implementation of the tax incentive program that they created, the Michigan Film Office generated an average of $2million per year. After the implementation of the new tax incentive program, the Michigan Film Office generated $290million in a single year.

(In photo left to right)